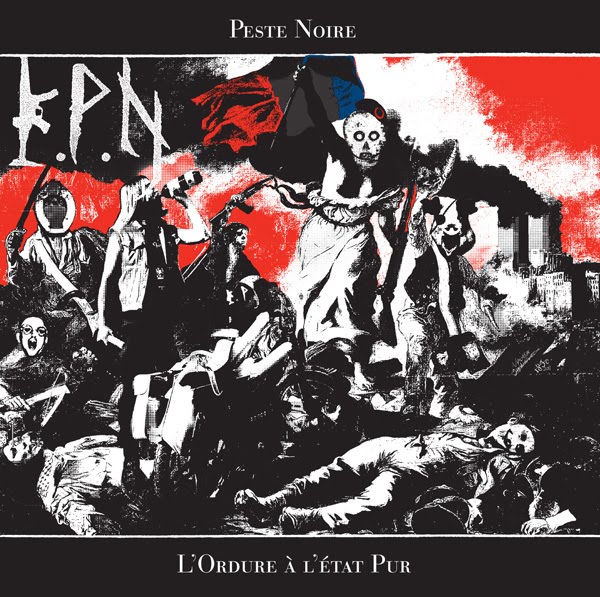 A musician friend of mine gushed to me about this album: “It’s so amazing how much this band loves being French!” Sold! It’s a fascinating new twist to the nationalism that runs as an undercurrent to so much black metal. Only this time, instead of singing the praises of icy fjords, on L’Ordure there are lusty screams and declamations about medieval French culture and… the Devil.

And if that weren’t enough (and it is), these words are coupled to some of the most creative, rugged individualist black metal I’ve heard in a long time. Not only do they gleefully incorporate French folk music tropes into their sound, the sounds of a farm (I’ve no idea), lightning quick tempo and timechanges that are jazzlike in their fell precision, straight up dance beats (in “Cochon Carotte Et Les…”), horns and strings, zither, fearsome metal savagery, and as a centerpiece, the totally unrestrained, almost method-acted vocals of La Sale Famine de Valfunde. Seriously, this guy is channeling Antonin Artaud in an insane asylum. Songs spiral into pure insanity, particularly the twenty-minute “Javais Reve Du Nord,” which contains ravens’ calls, a female vocalist, a lengthy zither breakdown, soaring power-metal-perverting riffery, and lycanthrope vocal abuse, with the last five minutes particularly harrowing in intensity.